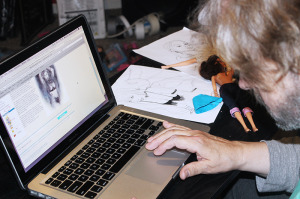 Stalkers often use technology to assist them in stalking their victims. This section provides information about how different technologies can be used to stalk, measures victims can take to keep safe, and additional information and resources.

For more information, sign up for The Use of Technology to Stalk online course. This self-paced, interactive online training, produced by the Stalking Resource Center of the National Center for Victims of Crime with funding from the Office for Victims of Crime, U.S. Department of Justice, will increase the ability of criminal justice professionals and victim service providers to recognize how stalkers use technology.

Computers and the Internet

If stalkers have access to a victim’s computer, they can track them by looking at the history or websites visited on the computer. Spyware software on computers (sometimes sent through e-mail) can send stalkers a copy of every keystroke made, including passwords, web sites visited, and e-mails sent by victims.

Stalkers can also use the Internet to contact or post things about the victim on message board or discussion forums. They may also verbally attack or threaten victims in chat rooms. Some stalkers will post threatening or personal information about the victim including the victim’s full name and address. Often stalkers will e-mail the victim, or fill their in-box with spam and have been known to send viruses or other harmful programs to victims’ computers.

For more information please visit: Cyberstalking: The Dangers on the Information Superhighway

Spoofem.com misleads on its efforts to combat misuse of spoofing technology

On November 16, 2010, SpoofEm.com issued a press release stating that they were the only spoofing company that was paying attention to the possible misuses of spoof technology through two mechanisms. First, they offered a service to check a phone number against their database to see if a spoof call had ever been placed to that number. Second, they offered a fee service to block your number to prevent spoof calls from being made to that number. The Stalking Resource Center tested these claims after using SpoofEm.com’s spoofing services. For the first, we found that the phone number check service failed to provide accurate information. Phone numbers that we had used in placing spoofed calls were not reported as having been spoofed.

Our attempts to test the second service – the number blocking – were hampered by technical difficulties with SpoofEm.com’s website and attempts to have the issue resolved via their technical support have gone unanswered.

The fact that these services do not appear to work can endanger victims and mislead criminal justice system personnel in their response to stalking.  We encourage SpoofEm.com to investigate and address these issues.

Global Positioning System technology can be used to track or follow victims.

Please make sure to visit: The National Center for Victims of Crime