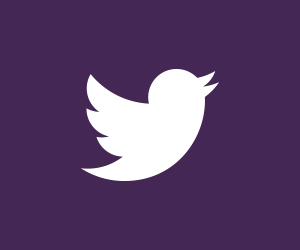 On Monday, October 26 from 4-5pm ET, follow @DiscoveryID and #InspireADifference for an exclusive Twitter Q&A with Angie Harmon, AnnaLynne McCord, Grace Gealey and Beverly Gooden as they discuss their charity partnerships and how they help raise awareness for victims’ rights.

Angie Harmon was appointed UNICEF Ambassador in 2013, and has committed her support to the U.S. Fund for UNICEF’s End Trafficking initiative to raise awareness about the inhumane practice of child trafficking. UNICEF works in more than 190 countries and territories to put children first by providing health care, clean water, nutrition, education, emergency relief and more.

As a sexual assault survivor, AnnaLynne McCord is a spokesperson and ambassador for The New Somaly Mam Fund: Voices For Change in the fight to end human trafficking. NSMF is an organization whose mission is to eradicate human trafficking, sexual exploitation and modern-day slavery, and to empower survivors.

Grace Gealey serves as one of the first philanthropist ambassadors for the “Saving Our Cinderellas” on Broadway program and is a “Celebrity Godparent” mentor for the program across the country. The Saving Our Daughters charity works with teenage girls to empower them with the tools to overcome obstacles, such as bullying and dating abuse.

Beverly Gooden is a domestic violence survivor, victims’ rights advocate, and creator of the Twitter hashtag #WhyIStayed. She is the founder of The Ella Mae Foundation, a nonprofit working to create awareness about domestic violence and identify practical approaches to curb it progressively. The organization provides direct services to help survivors escape successfully and return to a healthy life free of violence.